Professionals rendering services in business turnaround, restructuring and bankruptcy may initiate their path to specialized certification in conjunction with AC2015. 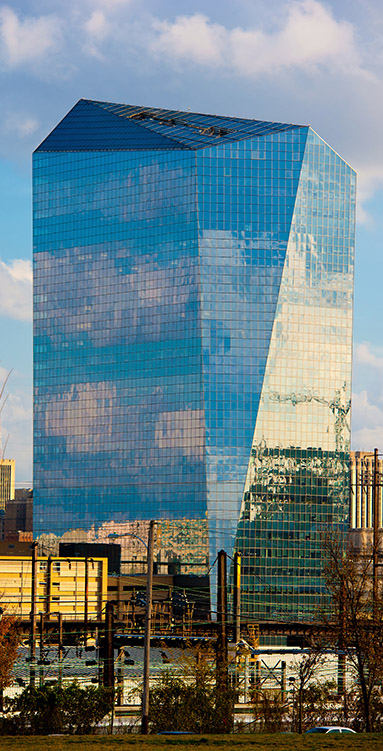 New and already–enrolled candidates will be able to take Part 1 of the CIRA Program at the Ritz-Carlton Philadelphia during the week of AIRA's 31st Annual Conference.

The Certified Insolvency & Restructuring Advisor (CIRA) recognizes by public awareness and certification those individuals who possess a high degree of knowledge and proficiency across a spectrum of functions related to serving clients in situations involving distressed and/or insolvent entities. Such expertise includes accounting, operations, strategic, taxation and finance issues related to business bankruptcy and insolvency. Certification requires successful completion of the three-part course of study and written examinations, experience and other requirements. For details on the CIRA program click here.

The Certification in Distressed Business Valuation (CDBV) is a unique certification program in valuation of distressed assets including distressed and/or bankrupt companies. In 2004, the Association of Insolvency and Restructuring Advisors launched the CDBV program to train and accredit professionals in this highly specialized area of business valuation. The CDBV program's course of study is comprehensive and advanced. Certification requires successful completion of the three-part course of study and written examinations, experience and other requirements. For details click here.

This program includes the following topics presented by six panels: (1) Corporate tax update on cancellation of indebtedness and corporate issues including inversions; (2) Views from the bench, preference actions against taxing authorities and dealing with tax claims in chapters 7, 11 and 13; (3) Tax liability discharge with case scenarios; (4) Criminal tax issues in bankruptcy, employment taxes and the trust fund recovery penalty (TFRP); (5) Offers in compromise, installment agreements and other exit strategies; (6) Individual income tax planning and compliance, taxation of foreclosures, and individual cancellation of indebtedness issues.

DIP financing and cash collateral - cradle to grave. This program is designed to educate intermediate practitioners in the skills needed to assist a distressed company through management of cash flow, acquiring financing and obtaining approval through the Bankruptcy Court. Topics include: company research; cash flow modeling; negotiating financing; preparation of first day motions and their relationship to cash flow and borrowing base budgets; DIP financing and cash collateral motion, interim and final orders; and payment of loan on exit (sale of asset or plan). 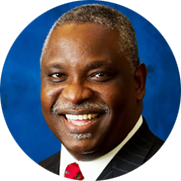 Osagie Imasogie has over 28 years of experience in the fields of law, finance and business management, healthcare and the pharmaceutical industry. Prior to co–founding Phoenix IP Ventures, an IP based Merchant Bank, Osagie conceptualized and established GlaxoSmithKline Ventures and was its founding Vice President. Osagie led GSK Ventures in concluding over thirty (30) worldwide transactions, within a 3 year period, in which he invested various GSK R&D non–progressed assets into various companies and/or as the basis of starting new companies. 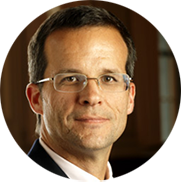 David Skeel is the author of The New Financial Deal: Understanding the Dodd-Frank Act and Its (Unintended) Consequences (Wiley, 2011), Icarus in the Boardroom (Oxford, 2005) and Debt’s Dominion: A History of Bankruptcy Law in America (Princeton, 2001), as well as numerous articles and other publications. He has been interviewed on The News Hour, Nightline, Chris Matthews’ Hardball (MSNBC), NPR, and Marketplace, and has been quoted in the New York Times, Wall Street Journal, Washington Post and other newspapers and magazines.

State of the Restructuring Market

Since cleaning up the mess from 2008-09, restructuring professionals have been waiting for the next wave to hit. Despite a lackluster economy, restructuring activity has been unusually slow. Can we expect this to change anytime soon? Have we already seen signs of the next wave? Our speakers will examine the underlying drivers of restructuring activity and help practitioners decide whether to rest up for what’s about to hit or start thinking about alternative careers.

Being Secured Just Ain’t What It Used to Be

Being a secured creditor used to confer a substantial advantage, and be a virtually unassailable position, in bankruptcy.  These days it’s the equivalent of a target on the backside.  The panel will discuss recently-addressed issues relating to secured creditors’ rights, including make-whole provisions, credit bidding, DIP lending, and rights in connection with 363 sales.

“Small business debtors” under 11 U.S.C. § 101(51D) are subject to several unique requirements in Chapter 11 cases, including additional reporting requirements, fast-tracked filing deadlines and procedures, and enhanced supervision.  In addition to providing an overview of the framework governing small business cases, the panel will compare-and-contrast with standard Chapter 11 cases.  The panel will also discuss strategies for overcoming the hurdles posed to these debtors. 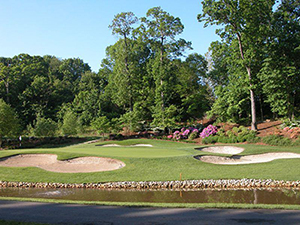 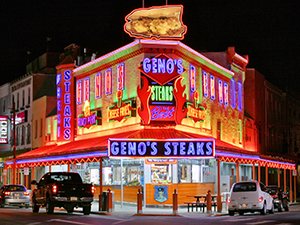 Discover Philly’s most popular food favorites while getting a taste of the city’s rich history and culture! Eat like a local on this fun, casual, Philadelphia themed tour. This one-of-a-kind tasting experience brings you to where the locals really eat: authentic, no-frills, independently owned gems that share the uniquely unpretentious vibe of the city. Comfortable walking shoes are recommended. 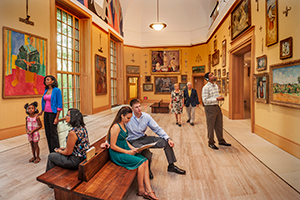 The Barnes Foundation was established by Albert C. Barnes in 1922 to promote education in and appreciation of the fine arts and horticulture. The Barnes holds one of the finest collections of Post-Impressionist and early Modern paintings. Enjoy a one-hour private tour of the Museum followed by free time to explore at your leisure. 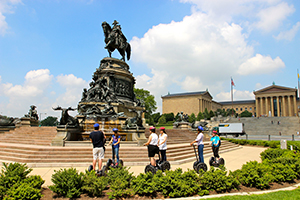 Enjoy a tour of Old Philadelphia on your own Segway! Glide and explore the Old City and Historical/Waterfront Districts as you hear historical stories about how our country was formed. Some of the sites you’ll see include: the Liberty Bell, Betsy Ross House, Washington Square, Penn’s Landing, Powel House, and so much more! Safety instructions included.

As unsecured credit becomes a thing of the past, and a single-tranche loan from a bulge bracket bank a rarity, a new breed of lender has taken over the secured credit scene. This panel will explore the new forms of secured credit that have emerged and discuss some of the issues they raise.

Testifying as an Expert Witness: Considerations, Process and Pitfalls

Financial advisors are often asked to step out of their role as consultants in a bankruptcy case and into the role of testifying expert witness. This panel will address issues faced by counsel and financial advisors including questions of privilege, qualifications to testify as an expert, expert reports and pitfalls of direct and cross examination

Anything But Bankruptcy! Trends and Issues Involving Non-Bankruptcy Alternatives

What should you do with an insolvent small to mid-sized business?  This panel will explore various options to the Chapter 11 and 7 bankruptcy processes, including Assignments for the Benefit of Creditors, Receiverships, Out of Court Liquidations, Article 9 Secured Party Sales and Operating Chapter 7 Cases.  The panel will evaluate the advantages and disadvantages of each alternative, while discussing current trends in the selection of the right option in light of the recent recommendations by the ABI Commission to Study the Reform of Chapter 11.

Bankruptcy filings and restructuring activity may be at an all-time low, but there are still opportunities for restructuring practitioners in select industries. This panel will discuss and analyze industries which may be more vulnerable to financial difficulty, including: for-profit education, retail, healthcare, gaming and hospitality.

In December 2014, the American Bankruptcy Institute Commission to Study the Reform of Chapter 11 released its Final Report and Recommendations.  The panel will discuss several of the key recommendations in the Report that seek to encourage earlier chapter 11 filings and disclosures by debtors; to reduce litigation by resolving circuit splits on key legal issues and ambiguities in current practice under the Code; and to help small and middle-market companies better navigate the chapter 11 process.

Voidable Transactions: Consequences and the Law

This panel will focus on answering common questions about voidable transfers. What types of cases are being filed? How are debtors referred to the U.S. Trustee? What are the consequences? How many debtors face criminal charges? What is the interaction with and effect upon bankruptcy proceedings and avoidance litigation of a pending criminal case?  What is the effect of the adoption of the Uniform Voidable Transactions Act (“UVTA”) adopted by the Uniform Law Commission in July 2014? The panelists will utilize case studies to discuss and analyze voidable transactions in realistic scenarios.

After 34 years of public service, including 24 years as an elected official, Governor Rendell continues to pursue many of the same issues he was passionate about while in office. He now serves as a consultant or board member for several green and alternative energy firms, including Own Energy, Element Partners and Ocean Thermal Energy. He remains heavily involved in the campaign for government efficiency and strategic cost cutting through his work with entities such as Government Sourcing Solutions, Public Financial Management and Greenhill Advisors; and serves as Co-Chair of the organization “Building America’s Future” which focuses on the need for more significant investment in American infrastructure. Rendell served two terms in each of the following offices: Governor of Pennsylvania (2003-2011), Mayor of Philadelphia (1992-2000), and DA of Philadelphia (1978-1985). He currently teaches government and politics at the University of Pennsylvania, and in 2012 his autobiography, A Nation of Wusses, was published by John Wiley.

Issues of Concern and Priorities of U.S. Trustee in Chapter 11 Cases

This session explores issues of concern to the U.S. Trustee and the role of the U.S. Trustee in Chapter 11 cases including: (1) Professional Compensation—fee guidelines, their impact on attorneys and other estate professionals; (2) Management Accountability—Trustees/Examiners/CROs: when are they needed and how are they appointed or retained; Executive Compensation: when will the U.S. Trustee take a position;   (3) MORs—discussion of the new forms; and (4)  Committees—formation issues.

Marketing Strategies for Restructuring Professionals in a Volatile and Competitive Market: What to Do, What to Avoid, and What Works

A professional marketing consultant and a diverse group of restructuring professionals will discuss their experiences, and lessons learned, from marketing restructuring services over multiple business cycles. The Panelists will focus on tried and true marketing techniques, strategies that have not worked, and those that are yet to be tested. The discussion will also address how marketing strategies differ based on the types of services being provided and the markets that are served.

This session addresses the various types of post-confirmation entities (plan administrator, trustee, etc.), the tax and other financial considerations of each type of entity, and situations where one entity is preferable to others.  The panel will also discuss the pre-confirmation role of the post-confirmation entity in negotiating applicable portions of a plan;  the timing of filing necessary actions and the proper venue for such actions.

This panel will discuss the variety of roles a restructuring professional may perform during a Chapter 11 proceeding including company financial advisor, interim officer or temporary employees, investment banker, senior lenders’ financial advisor, UCC financial advisor or investment banker, examiner, or trustee. The panelists will discuss how these roles are defined, can vary significantly from case to case, and how the professionals work to ensure no duplication of efforts and reduce conflicts on each parties’ scopes.

A discussion on current challenges of technology and Electronically Stored Information (“ESI”) including locating and preserving key data necessary to the restructuring, sale process and litigation. We will look at issues such as cloud services, intermingling and best practices including proportionality considerations.  Our discussions will also include privacy issues for data comprising consumer personal information subject to the protection of the Consumer Privacy Ombudsman.

This panel will discuss current topics affecting Chapter 15 and international restructurings, including key considerations when investing in distressed debt in foreign jurisdictions, and discussions about proper diligence, parties rights and various approaches that can be deployed in international workouts. 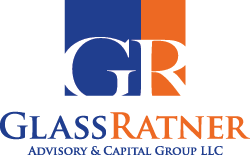 The primary goal of many bankruptcy cases today is to effectuate a 363 sale, which often is effectuated on an expedited basis due to various economic and strategic pressures. A rushed sale process may lead to unanticipated post-sale issues, and this panel will explore what happens to the debtor and its estate post-sale. This panel will discuss, among other post-sale issues, post-sale litigation, tax planning and consequences, and structured dismissals.

Ethics: Conflicts, Crossing the Line, and Other Issues

This panel will discuss various ethics topics, including: 1) Conflicts - real versus perceived - what was a conflict in the past may not be a conflict now; 2) crossing the line.