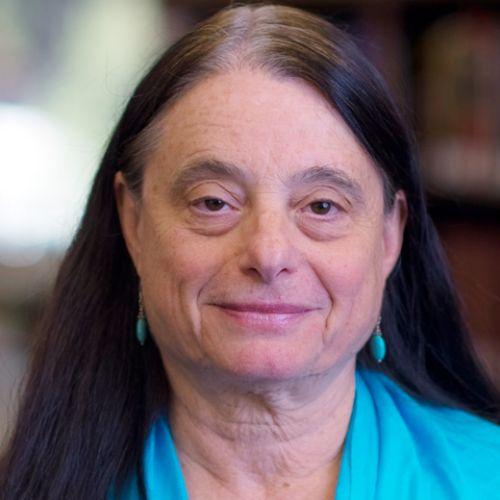 From Conference Rooms to Zoom Break-Out Rooms: Mediation in the Time of COVID and Beyond

A founder of the dispute resolution field, Professor Menkel-Meadow came to UC Irvine School of Law, as a Founding Faculty Member (and Chancellor’s Professor) from Georgetown University Law Center, where she was the A.B. Chettle, Jr. Professor of Dispute Resolution and Civil Procedure and Director of the Georgetown- Hewlett Program in Conflict Resolution and Legal Problem Solving (now Emerita). She has been the Faculty Director of Georgetown’s innovative partnership with 20 law schools from around the world, the Center for Transnational Legal Studies in London, in which faculty and students from participating programs study international and comparative law in a multi-national setting.

Professor Menkel-Meadow was a professor of law at UCLA for nearly 20 years, also serving as a professor in the Women's Studies program, Acting Director of the Center for the Study of Women, and Co-Director of UCLA's Center on Conflict Resolution. She has taught as a Distinguished Visiting Professor of Legal Theory at the University of Toronto, a visiting professor at Harvard Law School, Stanford Law School, and as a clinical professor at the University of Pennsylvania.

As a Fulbright scholar in 2007, Professor Menkel-Meadow taught and conducted research in Chile, Argentina and China. An international expert in alternative dispute resolution, including international dispute resolution, the legal profession, and legal ethics, clinical legal education, feminist legal theory, and women in the legal profession, Professor Menkel-Meadow has written and lectured extensively in these fields.

She is the author or co-author of Dispute Resolution: Beyond the Adversarial Model (3rd ed. 2019); Negotiation: Processes for Problem Solving (3rd.ed 2021); Mediation: Theory, Policy & Practice (2rd ed. 2020); Dispute Processing & Conflict Resolution (2003), What’s Fair: Ethics for Negotiators (2004) and over 200 articles. She has also been co-editor of the Journal of Legal Education , and the International Journal of Law in Context . In 2012, she published a three-volume set of edited books on Complex Dispute Resolution (Ashgate Press, 2012), including Foundational Processes, Multi-Party Processes and International Dispute Resolution.

In January 2011, Professor Menkel-Meadow was the recipient of the first-ever Award for Outstanding Scholarly Work presented by the American Bar Association's Dispute Resolution section. The ABA lauded her as a "tireless, prolific and influential researcher and writer" who put forth the transformative idea of lawyer as problem solver 25 years ago.

She also has won the Center for Public Resources' First Prize for Scholarship in Alternative Dispute Resolution three times (in 1983, 1990, and 1998), and she won the Rutter Award for Excellence in Teaching at UCLA and the Frank Flegal Teaching Award at Georgetown (2006).

Professor Menkel-Meadow also sits on numerous boards of public interest organizations and the editorial boards of journals in dispute resolution, law and social science and feminism. She has chaired the AALS Sections on Law and Social Science, Alternative Dispute Resolution, and Women in Legal Education, and has been on the Executive Committee of the Section on Clinical Education. She is a member of the American Law Institute and an elected member of the Academy of Civil Trial Mediators. She served for 10 years on the Board of Directors of the American Bar Foundation and is currently a member of the Board of the International Center for Prevention and Resolution of Disputes (CPR).

In addition to her scholarship, research and teaching, Professor Menkel-Meadow often serves as a mediator and arbitrator in public and private settings and has trained lawyers, judges, diplomats, and mediators in the United States and on five continents. She has consulted for such organizations and institutions as the United Nations, the World Bank, and the Federal Judicial Center on conflict resolution systems and processes.

In 2018 Professor Menkel-Meadow received the American Bar Foundation Award for Outstanding Scholar for “her decades of work in creating, supporting and internationalizing the field of alternative dispute resolution and her research on the legal profession, legal ethics and feminist legal theory. She is the recipient of three honorary doctorates from universities in the United States and abroad and has taught as a visiting professor law or lecturer on all seven continents.