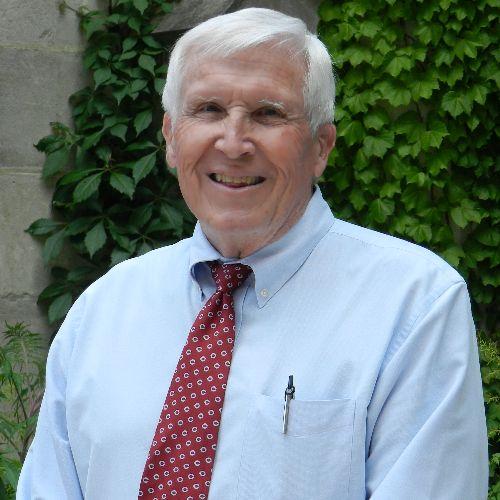 Allen R. Sanderson is a senior lecturer in economics at the University of Chicago.  He came to Chicago from Princeton in 1984; served eight years as associate provost of the University; and has also been a senior research scientist at NORC. In addition to his popular two-quarter sequence on principles of microeconomics and macroeconomics, he teaches a course and does research on the economics of sports. He has also led three interdisciplinary team-taught courses: “Inequality: Origins, Dimensions & Policy”; “UChicago Economics: The People and the Seminal Ideas”; and “Sport, Society and Science.” He has received a Quantrell Award for Excellence in Undergraduate Teaching and has the distinction of having taught more students at Chicago than anyone in the history of the University.

Mr. Sanderson is an oft-cited authority on sports economics issues, a contributor to op-ed pages on sports and non-sports topics in newspapers around the country and a frequent guest on national and Chicago-area television and radio programs. He serves on the editorial board of The Journal of Sports Economics and as a referee for several academic journals and professional presses across the country. His contributions at NORC include research on education, labor markets, and affirmative action.

His recent professional journal articles and book chapters are on: the NCAA and several aspects of college athletics, the case for paying college athletes, the economic impact of colleges and universities on their communities, the economics of professional sports stadiums and hosting “big ticket” events, the political economy of Chicago’s unsuccessful bid to host the 2016 Olympic Games, an essay on happiness and economic well-being, and a tribute to Milton Friedman on the 100th anniversary of his birth. He published "Economics, Sports, and the Environment: Incentives and Intersections" with Sabina Shaikh in the Routledge Handbook of Sports and the Environment (April 2017). His 2019 publications include "The Economics of the National Collegiate Athletic Association" in the SAGE Handbook of Sports Economics (September) and "The Nobel Prize in Economics Turns 50" in The American Economist (October).

His latest Chicago Tribune, Los Angeles Times and bi-monthly Chicago Life columns have focused on: various aspects of football in American society, labor markets in the United States and abroad; the intersection of economics and philanthropy; economic humor and economics in literature; the economics of pets and their owners; the economics of voting. – or not voting; government deficits and the national debt; the economics and politics of maintaining a standing military force; the Olympics, global warming, economics and religion; international trade; unemployment; minimum wage laws and rent control ordinances; some economics of higher education; progressive tax systems; immigration; and wealth taxation.