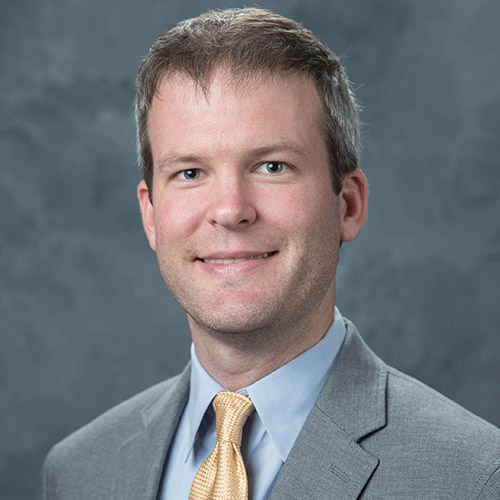 Keith Hegger enters his second year with the Predators organization and is the CFO and Senior Vice President of Finance.  As the organization’s financial leader and as a member of the Executive Leadership Team, Keith oversees the Nashville Predators, Bridgestone Arena, Ford Ice Center, and the Predators Foundation.  2017 was a spectacular year for all of these organizational entities.  Highlights included:

Keith’s primary responsibilities include oversight of all financial reporting as well as the cash and fiscal management of the company and its assets. Since joining the Predators, he refinanced the local credit facility for the organization and helped strengthen the relationship with the local banking partner. Keith manages the budget and financial projection processes and is the team’s primary contact with the NHL regarding financial reporting and projections.  Keith also has a lead role in managing the organization’s Information Technology function and is becoming increasingly involved in the organization’s relationship with the city of Nashville, whose Sports Authority owns Bridgestone Arena.

Prior to joining the Predators, Keith served as the Vice President of Finance for the NBA’s Memphis Grizzlies. While with the Grizzlies he managed the financial and payroll operations of the company, which included participating in a new league credit facility and streamlining the financial close and reporting process. Keith began his sports and entertainment career with the St. Louis Blues where he headed the accounting department as the Controller. With the Blues, in addition to heading the accounting department, he was involved in several unique growth projects such as the modeling and opening of the historic opera house in downtown St. Louis and the purchase of the Blues affiliated minor league team at the time. After receiving a bachelor and master’s degree in accounting from the University of Illinois, Keith first entered the workforce as an auditor with PricewaterhouseCoopers.

Keith resides in Franklin with his wife Lauren and daughter Charlotte.