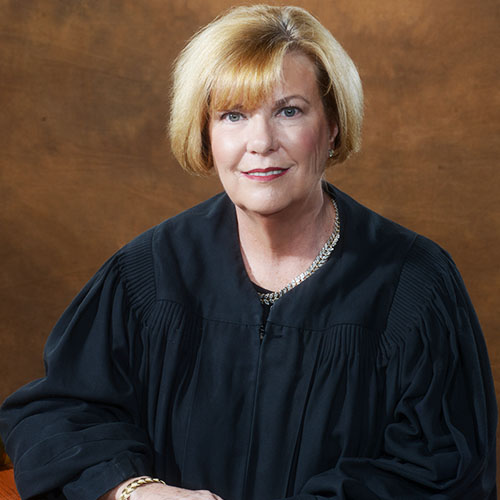 HON. JOAN N. FEENEY has been a United States Bankruptcy Judge for the District of Massachusetts since 1992. She was Chief Judge from 2002 to 2006 and is currently the Chief Judge of the United States Bankruptcy Appellate Panel for the First Circuit. Judge Feeney is the Business Manager of The American Bankruptcy Law Journal, the premier and most cited specialty law review in the nation, and was an Associate Editor from 2013- 2016. Judge Feeney is a Fellow of, Vice-President and a member of the Board of Directors of the American College of Bankruptcy, and served for three years on its Board of Regents. She is the co-author of the Bankruptcy Law Manual, a two-volume treatise published by Thomson Reuters West, and the co-author of a book for consumers, The Road Out of Debt, published by John Wiley & Sons. Judge Feeney was the President of the National Conference of Bankruptcy Judges in 2011 and 2012 and has served that organization in numerous capacities, including on its Board of Governors, Chair of the Newsletter Committee, Editor in Chief and Reporter for Conference News, and on special projects. Judge Feeney is a founder and the Co-Chair of the M. Ellen Carpenter Financial Literacy Project, a joint venture of the United States Bankruptcy Court for the District of Massachusetts and the Boston Bar Association. She was a member of the International Judicial Relations Committee of the Judicial Conference of the United States from 2006 through 2012, and hosted many delegations of foreign judges in the United States and traveling to foreign countries on behalf of the federal judiciary. Judge Feeney is the Chair of the Massachusetts Bankruptcy Court’s Pro Bono Committee and was Co-Chair of the Massachusetts Local Rules Committee for many years. She also served for several years on the Board of Directors of the American Bankruptcy Institute and as Judicial Chair of several regional ABI educational programs and is a frequent ABI panelist. Prior to her appointment, Judge Feeney was an associate and partner in the Boston law firm Hanify & King, P.C., was a Career Law Clerk to the Hon. James N. Gabriel, U.S. Bankruptcy Judge for the District of Massachusetts, and a partner in the Boston law firm Feeney & Freeley where her practice included service as a trustee on the U.S. Trustee’s private panel of trustees. Judge Feeney is a graduate of Connecticut College and Suffolk University Law School. Judge Feeney is a frequent panelist and lecturer on bankruptcy law topics in Massachusetts and throughout the country. In 2005, Judge Feeney received the Boston Bar Association=s Haskell Cohn Award for Distinguished Judicial Service and in 2009 the American College of Bankruptcy First Circuit Fellows recognized her for contribution to bankruptcy jurisprudence and practice.